Born on 5th August 1822, Anna Margaretha was the third of six daughters born to Maria Katharina Wilhelm, wife of the farmhand Konrad Hauser VI. The eldest girl lived for only two hours and the two younger ones died in childhood. There were three boys in this family also but they died at the ages of 18, 12 and 14, to the distress of the parents.

Anna Margaretha lost her mother in April 1852 and she married at the somewhat advanced age of 31 on 27th December 1853; her husband was Friedrich Lenz. Four of the six survivors in the Lenz family had plans to go to the Victoria goldfields and two of them, Friedrich and Konrad, had passages on “Sunshine”, which left Liverpool on 5th November 1856. The manifest shows that Friedrich and Anna Margaretha had with them a son, Conrad, who was less than a year old. He was not born in Nieder-Weisel so it seems that the couple may have left the village in 1854-1855 (perhaps to accumulate enough money in England to cover the cost of their fares). About 20 percent of the vessel’s 200 passengers were migrants from their village. These included Christoph Bill with his wife and child, so Anna Margaretha had plenty of company during the twelve week voyage to Victoria. From Melbourne, which was reached on 29th January 1857, most of the immigrants went to Ballarat.

Friedrich and Anna Margaretha made their new home in this thriving provincial town. They had a son, Jacob, in 1860 and another, George, in 1862. Anna Margaretha was now 40, and she was unable to have a daughter to round off the little family as they doubtless had hoped.

Friedrich’s brother Conrad married in 1863 and he and his family were neighbours in Ballarat. Their other brothers also migrated; Johann Konrad, settled in Ballarat and Johann Georg in Daylesford.

Anna Margaretha lived for thirty-four years in her adopted country. She died in her home in Clayton Street, Ballarat, on 9th June 1891 at the age of 68 and was buried two days later in the Ballarat Cemetery. 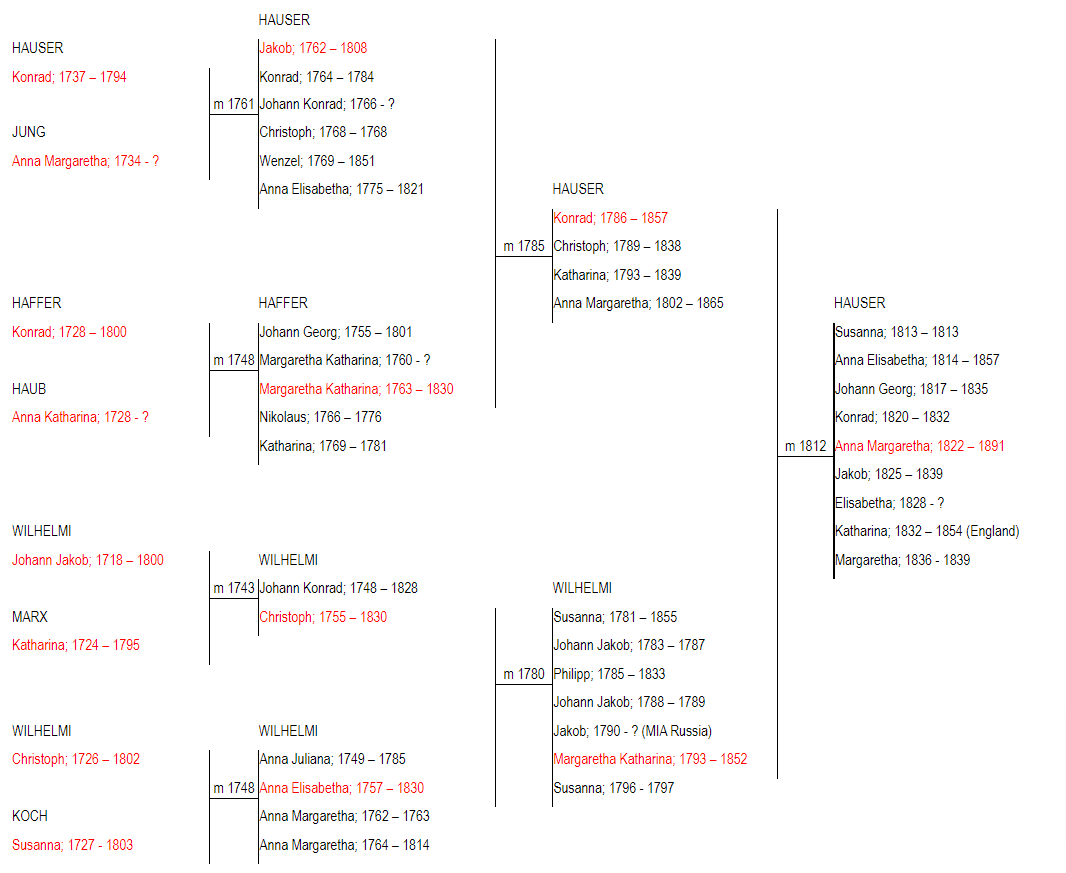