Johann Konrad was born 100 days after his father, Jakob Lenz, died in London where he was operating as a merchant. Their mother, Anna Margaretha nee Haub, took her five young children, aged 4 to 12, back to Nieder-Weisel to await the birth of this, her fourth son, little knowing that three of them and their only sister would end their days in the Golden Triangle of Victoria, half a world away.

The sister, Christina, married the widower Johann Jakob Riegelhuth and they decided to migrate. The elder brother Frederick and his wife did likewise and Johann Konrad went with this same group. More than 30 villagers were on “Sunshine” when she was tugged out of the Mersey on 5th November 1856 to start a twelve week voyage to Port Phillip. Other Nieder-Weisel names on the manifest were Adami, Beloff, Bill, Geibel, Hauser, Heinz, Hildebrand, Klippel, Lemp, Matthaus, Schimpf, Studt and Winter.

“Sunshine” reached Melbourne two weeks behind “Star of the East” carrying the Riegelhuths and others; most of the new arrivals went to Ballarat to meet up with earlier emigrants. Later, many went on to the diggings around Smythes Creek. Johann Konrad prospected here and around Creswick, to the north of Ballarat for seven years before settling down. In September 1864, he married Elisabetha Schmidt, daughter of Konrad Schmid and his wife Margaretha nee Diel of Ober-Horgern, a small village several km north-east of Nieder-Weisel, where she was born on 7th February 1833. It seems the marriage was pre-arranged as Elisabetha only reached Melbourne on 30th July 1864, having sailed from England aboard “Southern Empire” on 16th April. She had with her a child, Wilhelmina aged 8 and she was described as a matron aged 30. Wilhelmina would have been born at about the time Johann Konrad emigrated and she may well have been a natural child of the couple. The pair had a son, Conrad, at Rocky Lead in 1865 and a second son, Peter, in Creswick in 1869. In 1874 a daughter, Anna Margaret, born in Creswick, completed the family, of whom Wilhelmina remained an integral part (she was godmother to a daughter of Johann Konrad’s brother Johann Georg Lenz from his second marriage).

Johann Konrad remained a miner all of his working life. He moved his family back to Ballarat, where his brother Frederick and sister Christina, with their families, had elected to live. Johann Georg moved away to Daylesford after his wife died, but the improving rail services made it easy for them all to keep in touch.

Johann Konrad died of gastritis on 30th December 1898 in his home in Armstrong Street Ballarat; he was buried in the Old Cemetery on the first day of 1899. His death certificate lists Wilhelmina as the eldest of his four children. The family dispersed in the 1900s – Margaret went to live in Sydney, and Peter went to the west, where fortunes could be made on the Golden Mile at Kalgoorlie. Elisabetha spent five years in West Australia before coming back to her home at 15 Main Road Ballarat. In 1909 she became naturalised and lived the last several years of a long life as an Australian citizen. She died in a Benevolent Home on 25th August 1912 and was buried two days later with her husband of 34 years. 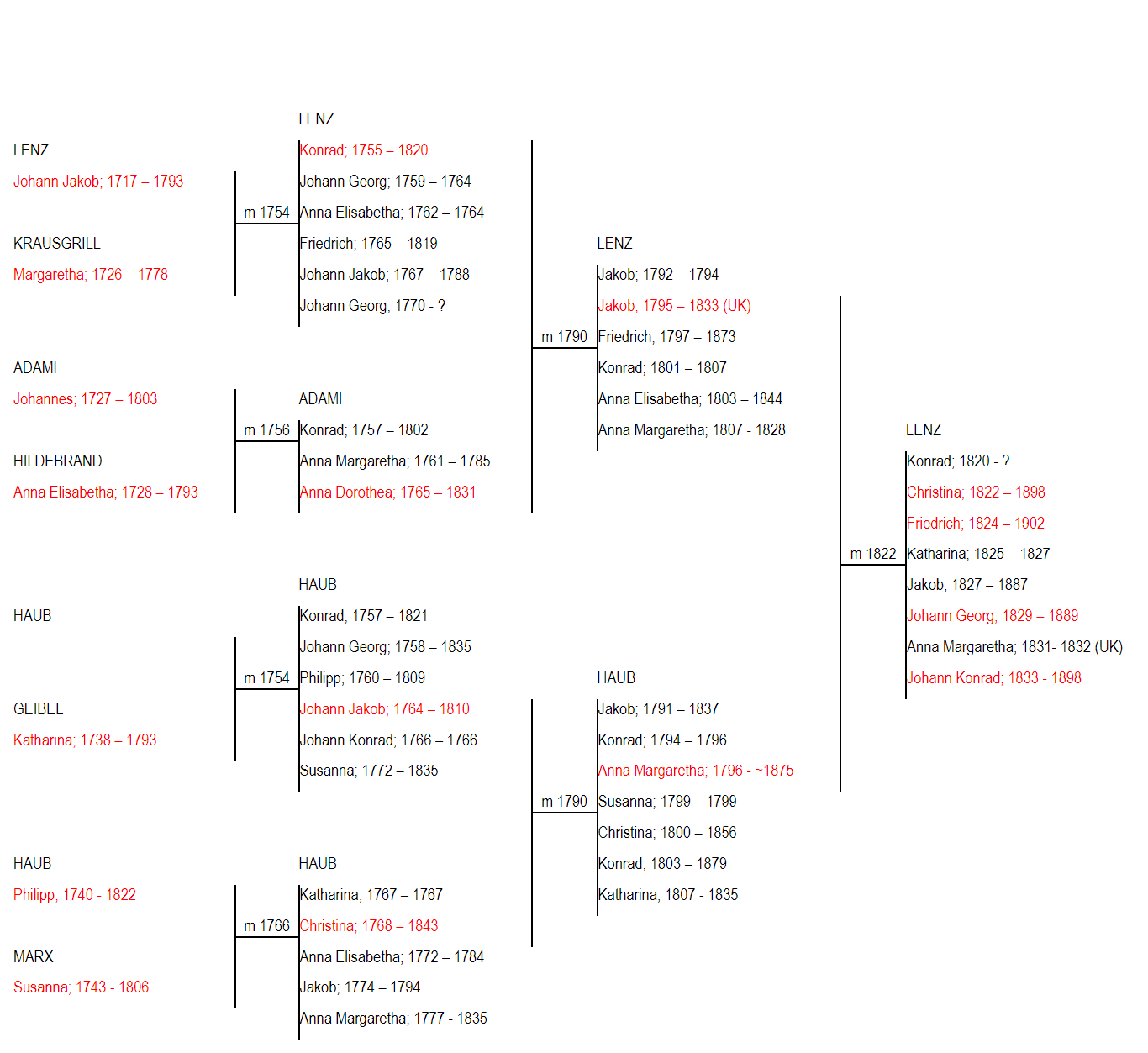