Philipp was one of several grandchildren of Jakob Maas 1 who would immigrate to the New World. Like his father before him, Jakob Maas had proudly taken his seat on the Court of Jurors which adjudicated on the voluntary legal actions brought to it by the villagers. Philipp was the first of the five children born to Jakob’s son Johann Georg and his second wife Susanna Haub. He was born 7th February 1834, followed by Christoph in 1836, Anna Margaretha in 1841, and Heinrich Philipp in 1844. Soon after this fourth birth, Johann Georg took his young family, plus Konrad, a son from his earlier marriage, to England to try to secure a more positive future for them. Susanna gave birth to another daughter, named Catherine, in 1857. By 1850 they had settled in the industrial town of Hull, with Johann Georg and Konrad in full-time employment and Philipp helping financially by running errands for local business houses.

In 1857, Christoph and Anna Margaretha decided to follow the Nieder-Weisel emigrants who had passed through Hull on their way to Victoria; they left Liverpool on 20th November. Philipp claimed, in his application for naturalisation in 1882, that he was aboard “Crimea” when it got to Melbourne in May 1858, but his name is not on the passenger list. It may be that he used an assumed name, being liable for military service.

Like most of the half million people who flocked to Victoria during this period, Philipp went prospecting for gold and he thenceforth made mining his lifetime occupation. He did not see his brother again as Christoph died in Melbourne several weeks after landing there. No doubt Philipp had contact with Anna Margaretha when she and her family lived in the Smythes Creek region during the mid-1860s.

After nearly twenty years in Victoria Philipp married Margaretha Kissler, another immigrant from Nieder-Weisel, who had come to Victoria with her parents in 1856. The wedding took place in the German Lutheran Church in Ballarat on 25th August 1874. To minimise the age difference, that of the bride was raised by ten years. The couple spent several years in Maryborough and district. A daughter born in Timor in 1875 did not live. A son was born in Dunolly in 1877; he was named John George Philipp but this was later changed to George John Peter. In 1882 Henry Philipp was born in Homebush, and the family then moved to Avoca. Henry Albert arrived in 1885 and then Arthur Lindsay in 1888; the latter child came to be known as Gordon Lindsay Maas in later years.

Philipp and Margaretha eventually moved to Ballarat East. He became associated with the German Club there, which kept him in contact with the German community, including many Nieder-Weiselerns. The family was bereaved in 1893 when Albert died and again in 1909 when they lost Philipp junior, unmarried and living with his parents. Philipp and Margaret spent the last years of their lives quietly in their home at 8 Chisholm Street, enjoying the weekly visits from their rapidly-growing grand-children. After Margaret died in 1914, Philipp went to live with George and his family at 20 East Street. His life ended there on 14th October 1917 and he was buried with Margaret the next day in the New Cemetery. Many old-time friends from the German Club were among the mourners following the cortege. 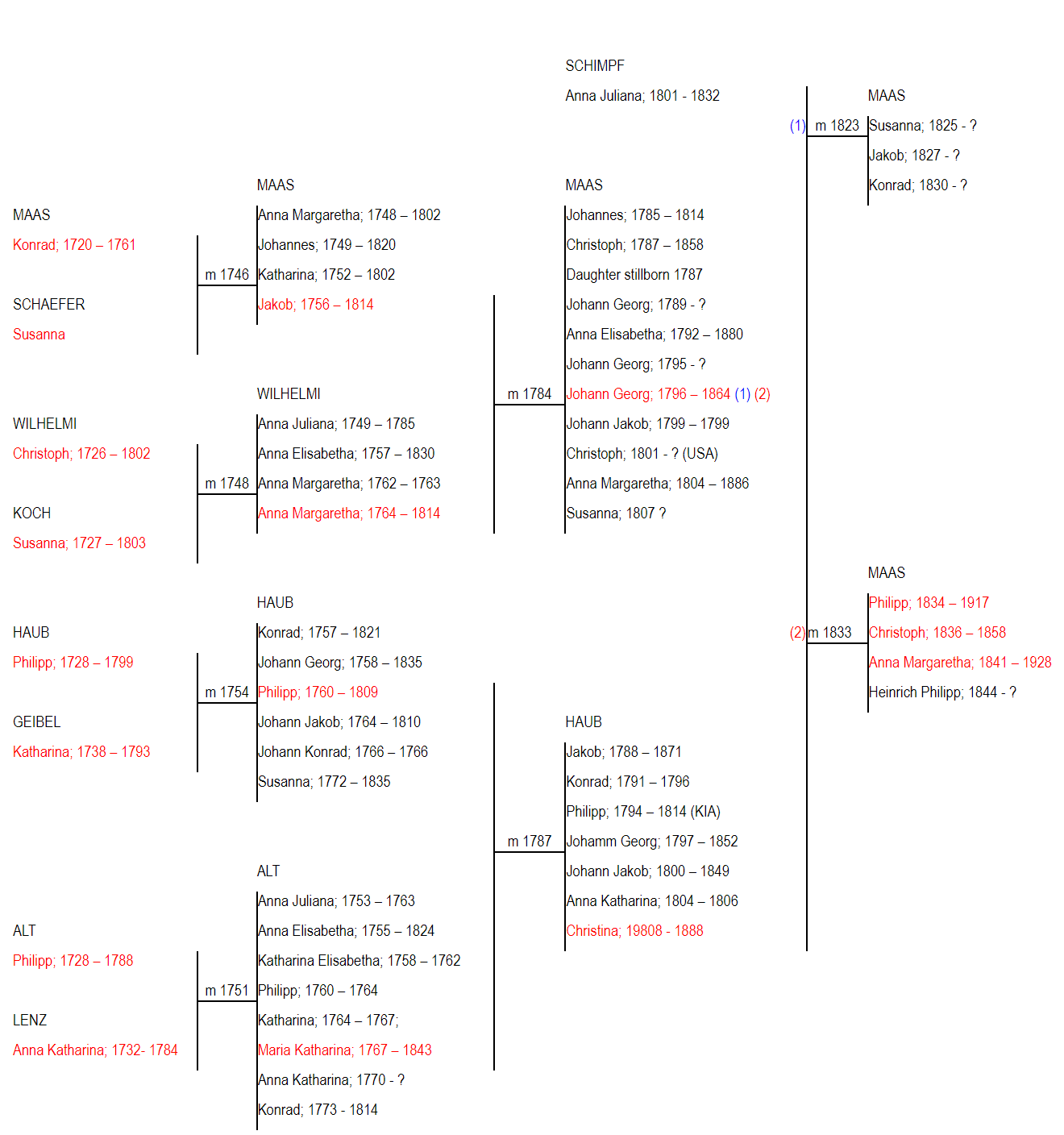