Konrad Lemp and Katharina Jung were married on 24th August 1830 in Nieder-Weisel. This ceremony was not preceded by the proclamation of banns because a son, Jakob, had been born to the couple three months earlier. During the next fourteen years, four daughters and four more sons were born in their small home. Two of the younger boys and one of the girls failed to survive the many dangers of infancy; the others grew up facing the equally potent man-made perils rampant in the unhappy village.

As happened in many other families in Nieder-Weisel, all the girls were sent away. Maria Elisabetha, and her next older sister Susanna, were included in the largest group of migrants ever to leave the village. They travelled to England and embarked on the 1,500 ton vessel “Sunshine” for the long voyage to Australia. Forty persons from Nieder-Weisel, representing fifteen of the families groups that had populated the village for centuries, left Merseyside on 5th November 1856 on a trip that would take 86 days and, for most of them, would be one-way. The younger Lemp sister, Elisabetha, would follow with their brother, Johann Konrad, a year later.

The early years of Maria Elisabetha’s life in the colony of Victoria are a mystery. She married Peter Hauser in March 1860 (the Victorian Index of Marriages incorrectly spells the bride’s name “Lenz”). The marriage was unfruitful and was brief – Peter became ill and died prematurely in April 1864.

Maria Elisabetha Hauser married again in 1868. Her groom was Johann Anton Heil, 26. He was one of two sons of the corn-miller Karl Heil and his wife, Margaretha nee Krebs, of Obermorlen, near Nieder-Weisel. By profession, he was a millwright but, like most of the migrants, he had been prospecting. Their marriage was celebrated on 9th June 1868 in the Lutheran Church in Ballarat. Konrad Lemp, who was married to Maria Elisabetha’s sister, Susanna, witnessed the contract, which was sanctified by Pastor G Worner.

Maria Elisabetha had three children in her Ballarat home during the next ten years:- John in 1869, Johann Charles in 1872 and Marie Elizabeth in 1878. She was then in her 45th year but, surprisingly, she fell pregnant again the following year. Like both the previous children, her son Joseph arrived in the first week of the New Year, but he was sickly and died within 24 hours.

Johann Anton was naturalised in 1883; his occupation was carter. He kept contact with other members of the German community through the Deutsches Verein. Maria Elisabetha remained in touch with Susanna’s family; her husband was a baker in Ballarat. Elisabetha died in Yandoit 1n 1875, and Johann Konrad died in Ararat in 1889. Johann Anton died in 1914 and Susanna in 1917. Maria Elisabetha reached 88 before her death in Ballarat in 1923. Bernice Lemp, wife of her son John Charles, had produced a son, but the boy died in infancy and the mother died in 1919. There is no record of any other descendant of Maria Elisabetha Lemp. 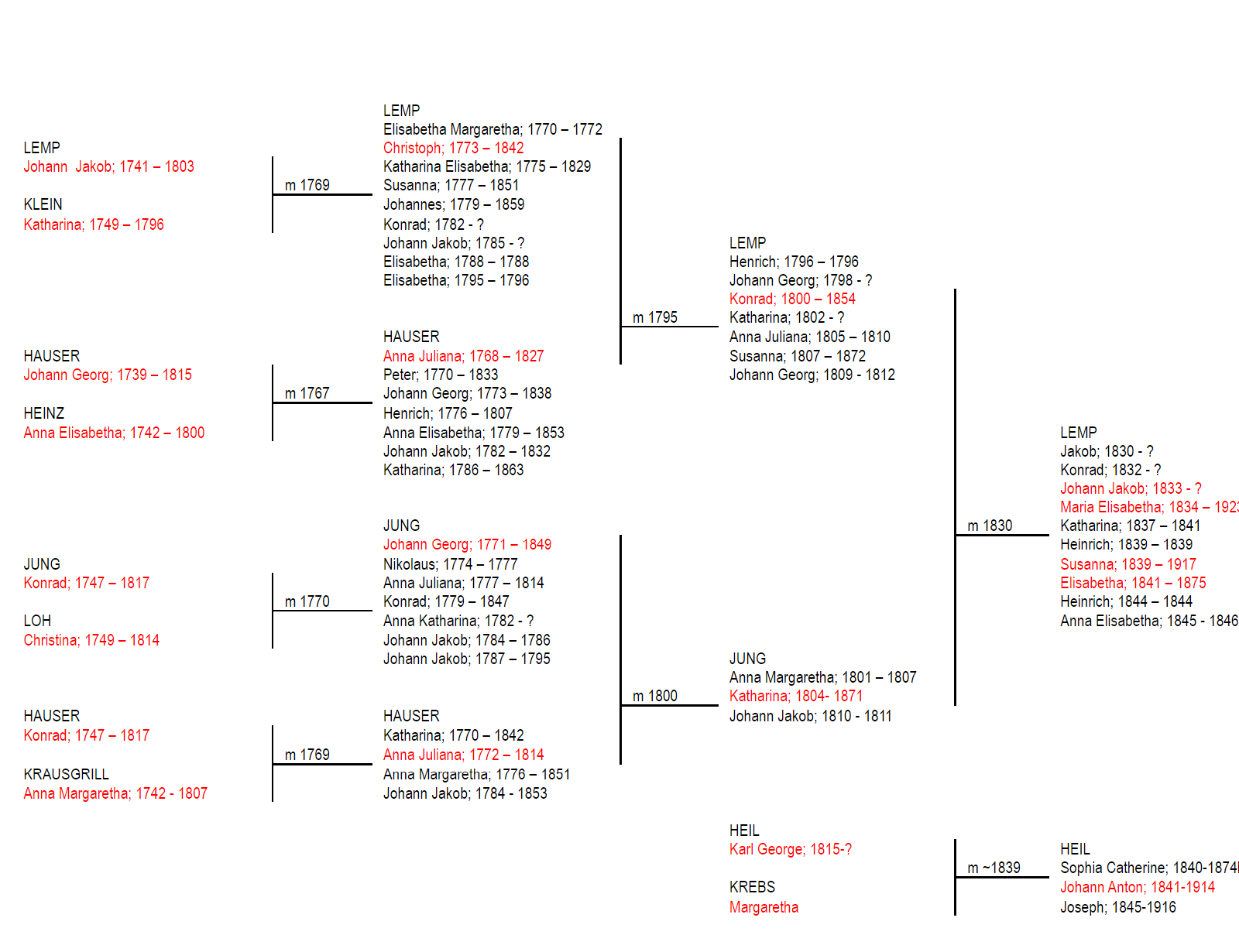