On the passengers list of “Sunshine”, which left Liverpool on 5th November 1856 and reached Melbourne 86 days out, are entries for ‘Conrad Belof’, labourer and his wife Juliana, both 20 years of age. They were in a group of nearly 40 passengers known to have been from Nieder-Weisel. Conrad and Juliana Belof were on Ticket 351 with three couples from the village: Chris and Julia Bill; John and Cath Adami; Jacob and Elizabeth Studt.

From other records it is known that Juliana was an unmarried daughter of Johann Wilhelm Belloff and Anna Juliana nee Klein and that she had at least two brothers. Konrad, born on 12 May 1832, was the first-born son and the second child of the eight born to the Belloff couple, and it seems that Konrad and Juliana used the guise of husband and wife in order to be able to share with the other young couples in the ship’s married quarters. If so, the deception must have had embarrassing consequences. As “Sunshine” ran before gusting westerlies towards the Australian continent, Conrad developed gastro-enteritis, and in spite of the efforts of the ship’s surgeon he died on Tuesday, 13th January 1857.

With the sorrowing friends as witnesses, Captain Pierce read the marine burial service and Konrad was sent to his final resting place on the ocean floor near the island of Kerguelen that day. 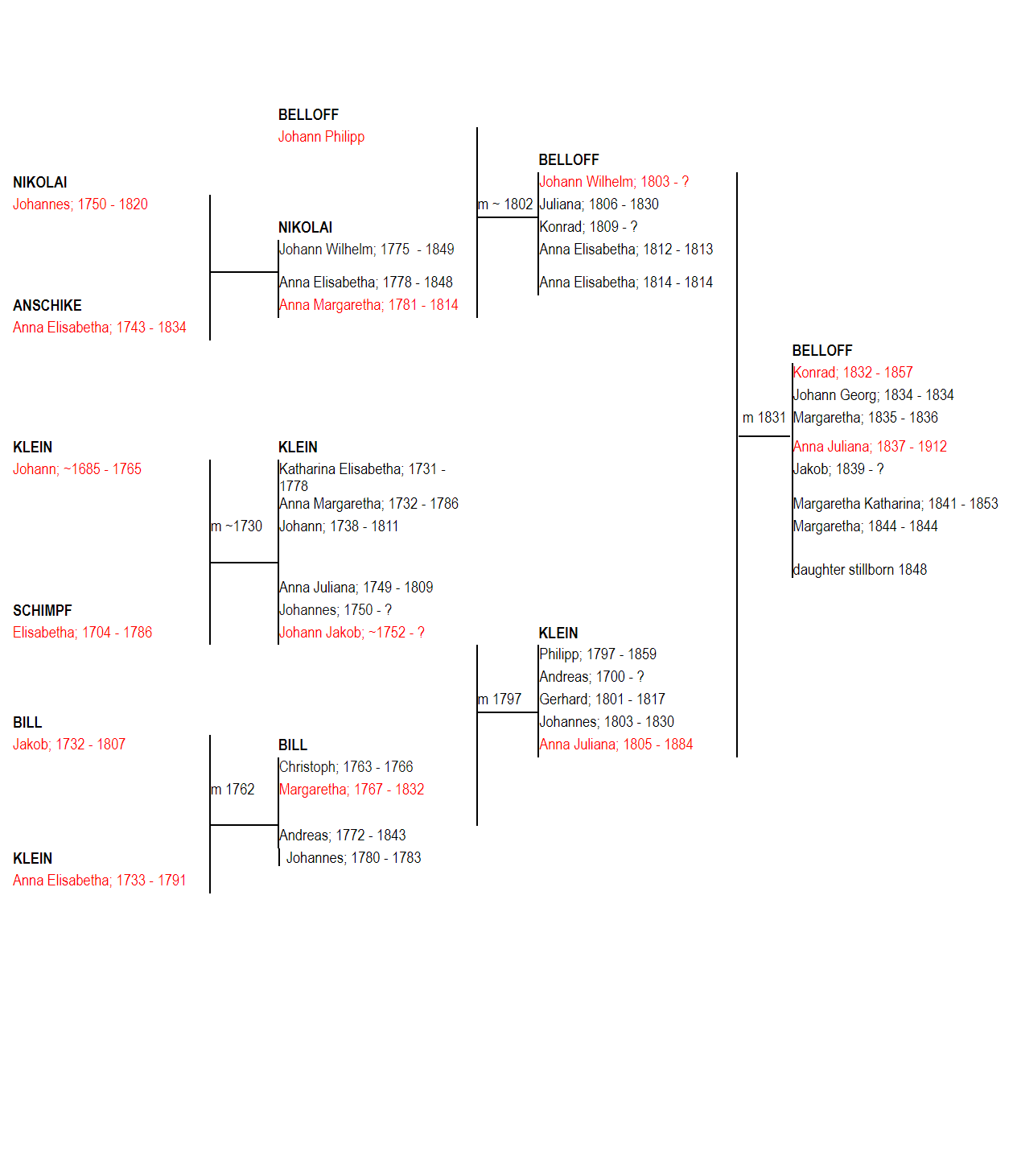