Although Jakob Konrad gave his occupation as that of shoemaker when he applied for his authority to leave the village on 8th August 1856, his forebears in Nieder-Weisel had been tailors for as far back as the records went.

Jakob, born on 29th January 1840 to Johann Georg Winter II, tailor, and Katharina nee Schmidt, was the last of their six children. A girl, Anna Juliana, and another boy, Konrad, were the only others to live past childhood; all three immigrated to Victoria.

Konrad left with one of the early groups, but the younger brother had to wait until he had made his first communion before being allowed to leave the village. Jakob left Nieder-Weisel within days of his application being approved and became part of the large group that sailed from Liverpool, on 5th November 1856, aboard the aptly named “Sunshine”. Most of the 40 Nieder-Weiselerns were on group tickets but Jakob travelled alone on Ticket 352, probably a consequence of his late booking.

“Sunshine” reached Melbourne on 29th January 1857. The newcomers went to Ballarat to get advice from the earlier arrivals from their village on how to get started on their lives in this strange community; no doubt Jakob went looking for Konrad.

Their sister Anna Juliana followed in August 1857 with her bridegroom Philipp Hildebrand IX, so they may all have been able to meet at times.

Like others who did not marry or buy real estate, Jakob left no record of his time in Victoria – it is not even known how long he spent on the fields around Ballarat. He may have returned to Nieder-Weisel when his mother was dying in 1863 – he was certainly there in 1865 when, on Sunday, 30th July, he married Elisabetha Haub, the only child of Johann Georg Haub VIII and Margaretha Klein. 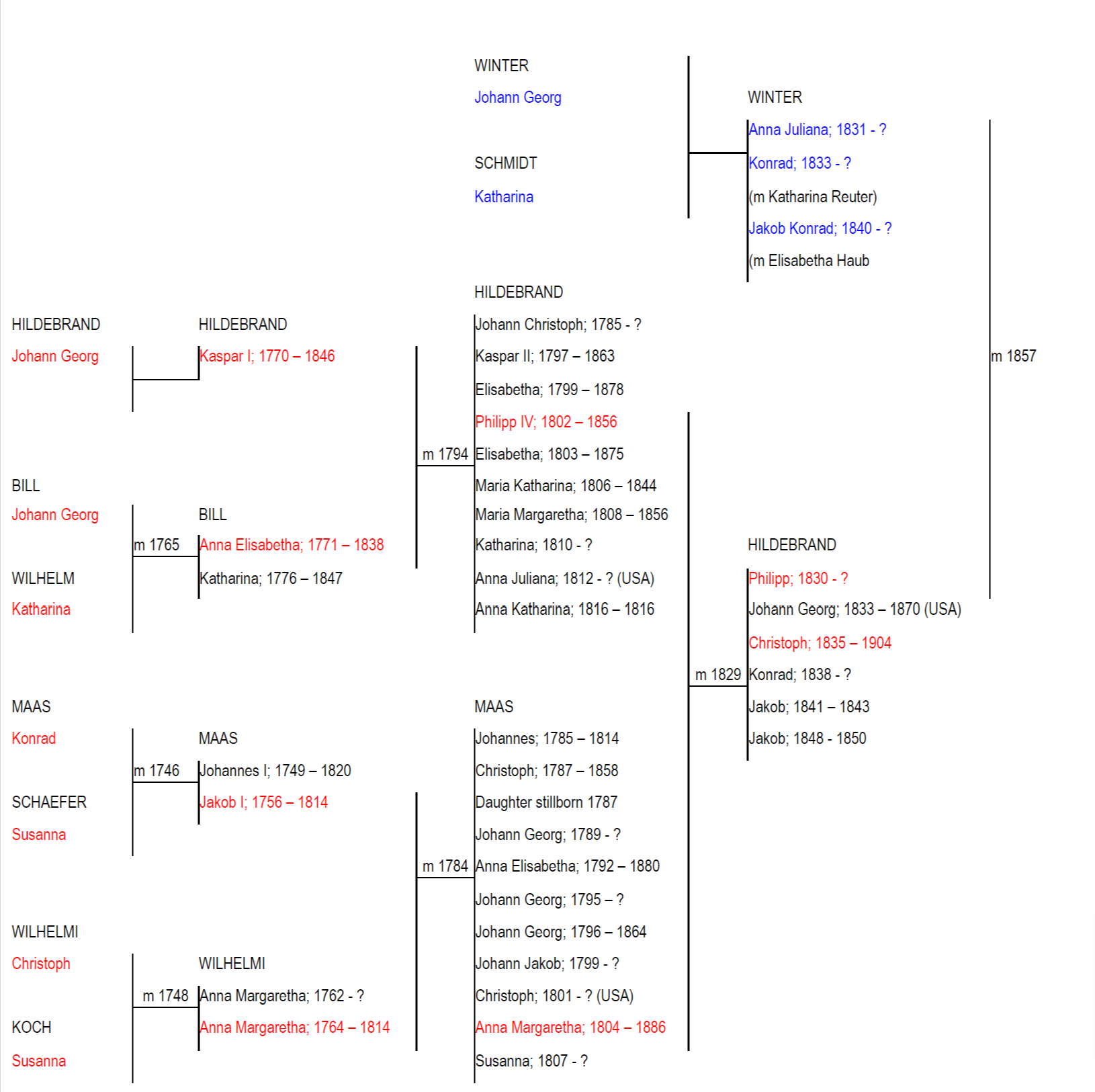