Some immigrants from Nieder-Weisel gave their place of birth as Frankfurt because the record clerks were unable to understand or to spell the name of the village. The only Georg Jung who was born in Nieder-Weisel to a Konrad Jung within plus or minus three years of 1796 was a son of Anna Margaretha nee Bill who married Konrad Jung, 1768-1836, on 2Oth November 1793. A son, Georg born 1st September 1794, was the only boy in a family of five children. There is no record that this son either died or married in the village. Konrad’s wife died in 18O7 and he remarried on 25th October 18O9. He and his second wife had six children in the next eighteen years, including Konrad born 1819.

There is no record of Georg Jung’s journey to the Victorian goldfields. His half-sister Anna Elisabetha Jung and her husband Peter Stumpf and their two children had arrived in 1854, and his half-brother Christoph had arrived in 1855 with his family. His other half-brother Konrad arrived in Port Philip with his second wife Anna Margaretha nee Klos and their three children just three months after Georg’s death; Konrad and family settled in Spring Creek, near Beechworth, where Christoph had already settled. The Christoph Jungs later re-emigrated to California, where some of their descendants are still living. 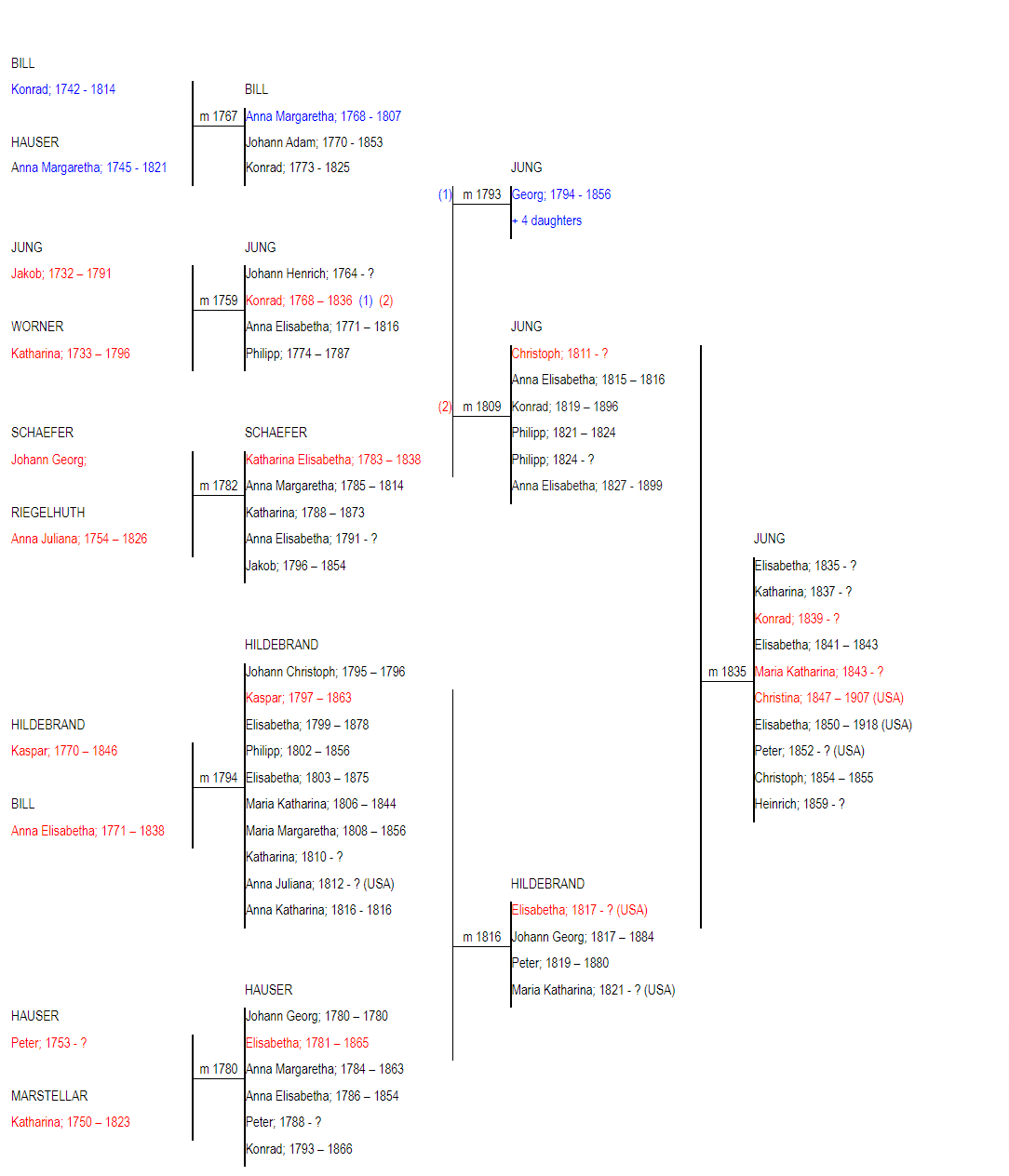